How did music enter your life?
Thanks to the radio in the first place, there were jazz night programs I used to listen to without actually asking for my parent’s permission. It was a time when rock and pop were quite close and seemed to mean much more than middle of the road. We used to visit friends in Paris once a year, and I had the opportunity to see Paul Anka at the Olympia music hall backed by a big band, I must have been about fourteen. I was lucky to have to choose either a bicycle or a record player. It was the time of the first parties and of 45 e.p's we used to exchange records. As I was already fond of jazz at that time, friends would turn up with jazz records. We knew a girl, older than I was, who was a Guilde du Jazz member. She used to have very good jazz, gospel and blues records. It was thanks to her that I discovered Charlie Parker, that meant different jazz. Then I got to listen to  Bill Haley and Gene Vincent. What was just an interest turned into a form of passion. As I Lived in a small provincial town (Livarot ) you had to go to Lisieux or Caen in order to obtain "Jazz Hot " or "Jazz Magazine " where these styles of music I loved where analysed and explained in detail . 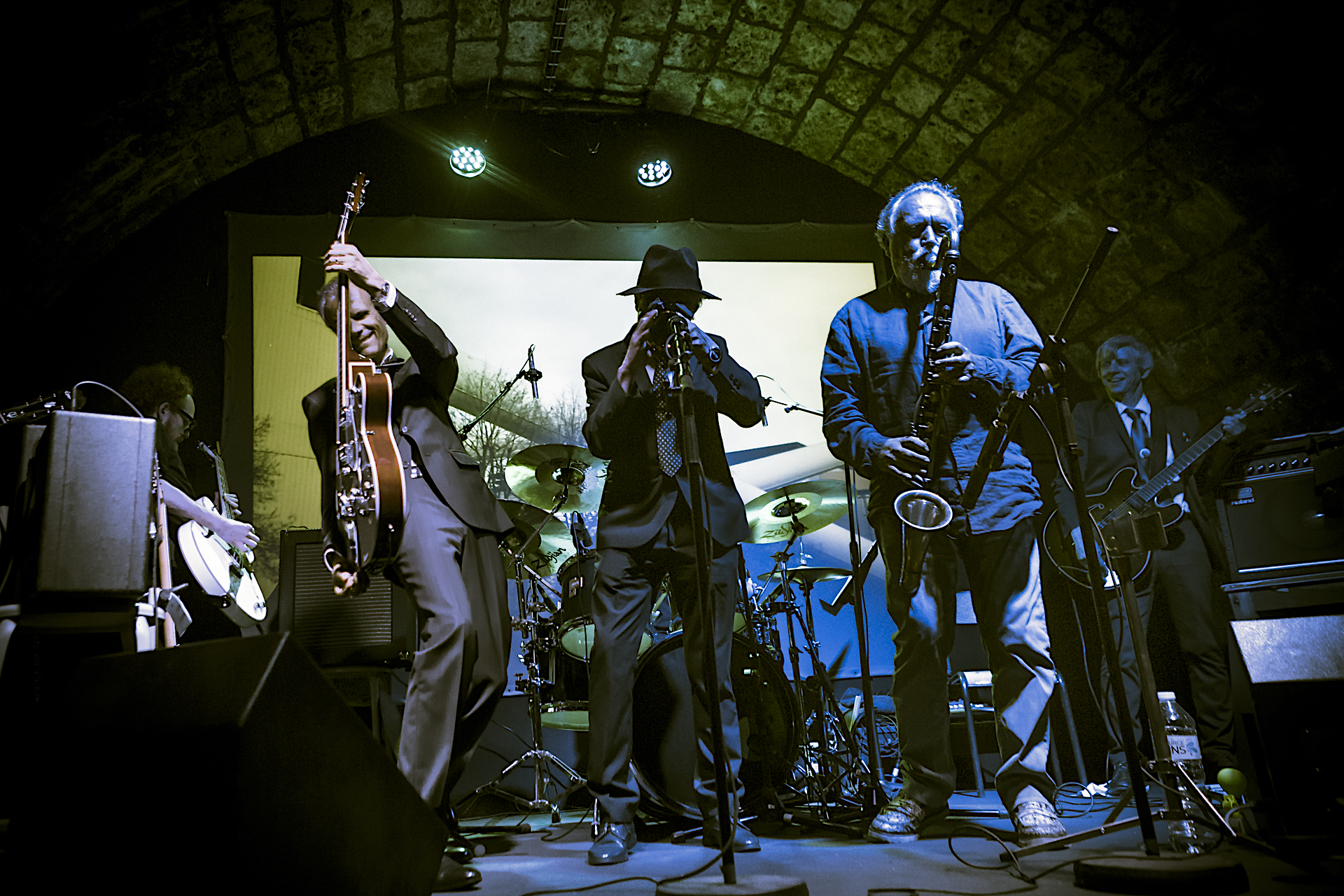 That is to say?
There was what I called the" Hugo Pannasieistes" living in the past, for who, roughly, thought that jazz ended with trad jazz, but there were also the Boris Vian articles, those of the unavoidable  Philippe Carles, of the astonishing Maurice Cullaz, and, I think, the first drawings by Siné .

And also the beginning of rebellion.

Not directly. I was caught by jazz, Jimmy Smith, Ray Charles, who had the blues thing. Then came the marvellous Miles Davis. All that, to me, seemed more open. It opened a world to me where music, painting, and poetry merged into one. That was my phase of initiation. I was able to play drums, first, in a sailor's joint in Le Havre, where they let me play to replace the drummer during breaks. It was a right handed, kit, so, being left handed, I had to play differently, and not only adapt my technique, but also think music differently, and simply, think different.

But this music was written, which is not the case of the music you played afterwards.

It is only when I arrived in Paris I could take part in music in progress, being built, everything seemed possible. Music was part of life. That was just normal, every bar, every club, had its own clientele, its own style. And then free jazz turned up, it seemed to break all codes, all restrictions. Long time after the lettristes, and at the same time as Jackson Pollock, this music seemed to invent itself by reflexes, gestures, and emotions, being together I had plenty of things to be amazed with! At the Contrescarpe, I could experience Colette Magny and François Tusques meeting, poetry and music, "la Cantatrice Chauve " as regards theatre, always shown, all kinds of jazz, and even Andalucian Arabic music at the le El Jazair restaurant, where belly dancers and dervishes serving tea used to cohabitate with each other, and all the small art cinemas.

Everything I had enjoyed in books and records came to life, close at hand and the free jazz musicians arrived bringing their political conviction. And everything seemed possible.

How did you start your first band?

Apart my work, which I enjoyed, and which took up a lot of my time, I had bought a second hand drum kit. As I lived above a factory, there was no problem with disturbing the neighbours. I didn't have any experience or technique, but that was the life I wanted to be part of. Having become a La Cigale habitué I tried to jam with many musicians, including Benny Water and Jack Butler.

Then I was contacted by Philippe Bolliet and François Mativet to form a band, who, including Dominique Triloff, became Lard Free. Many things were happening at the time, and I met friends, Robert Lloyd, Philippe Bone, Gilles Yepremian, and taking me down side alleys, they made me discover other forms of music : high energy music.  They took me to other kinds of concerts, Black Sabbath, MC5, Van Der Graaf Generator.

But above all, there was Captain Beefheart. They appeared to be more joyful and not to take themselves seriously. There were two bass players at the Bataclan. The drummer (Ed Marimba) was really different. To me, it was a perfect synthesis of free and rock. The basses acted as incantory drones, and the audience enjoyed being tickled, they had fun, it was more fun than free jazz. It was a new attitude that took you to new horizons.

It was liberty! People spoke a lot about Frank Zappa who played serious music. To me, Beefheart, with two basses, was far more free. It was seriously non serious.

Was it the liberty you enjoyed?

Of course but it was the period also! And Paris. 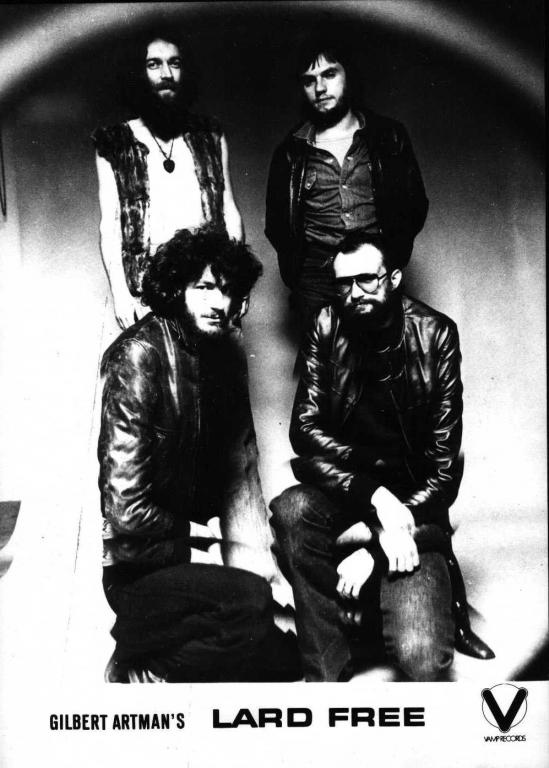 But at the time, bands in Germany like Neu! and Can, and the Canterbury scene also, were also breaking new ground.

And the first synths technology was taking us to new places.

Absolutely, but it is first a matter of reflex! It’s Artaud, it’s Pollock, it’s all after Dada. Jazz had to invent new codes. Having no technique, I had to invent my own technique, my own codes. To me people and attitude are essential… notes come after.

I had the privilege to play in a big band, Operation Rhino, with people I appreciated, François Tusque, Daniel Dehay, and the great singer performance poetry artist Dialy Karam.

We are under the impression that you are in the continuity of the surrealists, and other similar artists that want to offer something different than the establishment?

It was a time when one could experiment. You could have fun in a different way. I didn't want to become a musician.

Then you blew it! (laughs)

It was an incredible time. At this period, all the German groups you mentioned weren't in the same category. They had managers, synths, and so on. Luckily, we had a friend at Gaffarel Music, and the boss used to lend us a ARP 2006, but we  had to bring it back after the weekend before the shop opened on Tuesday morning. When we recorded, they made us a special loan. That’s how things worked.

Was the band successful?

Not exactly! We played at places like the Golf Drouot and we won the tremplin competition. Not exactly the style of the house, to say the least. An amusing story : a journalist called Chapiron liked us he was in the jury and we won a few hours of recording time at Chappell’s, the music publisher. 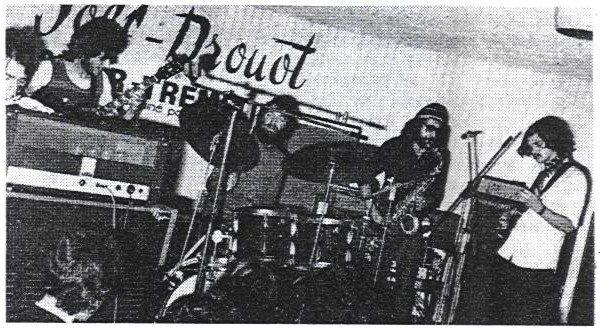 You had total freedom....

We had different backgrounds : the piano player was a Rachmaninoff prizewinner, our guitar player could play Django or musette at the same time. My main instrument became a piano frame I had found in the street. And I had the sound I wanted.

We were offered to record at Savarah. After the first day the producer came and said; "it’s interesting, but we'll call it a day ".

The punks weren't too nice to you?

As we knew most of them, it was all right. We introduced Robert Lloyd to Patrick Eudeline and I had worked with Rikky Darling for film music for a Clementi movie “A l’ombre de la canaille bleue” and I suggested Metal Urbain to our record company. I enjoyed their back to the basis, straight to the essential attitude.

The music was far more simple than yours.

I liked the energy and it was a way to part with hippies.

You have often played on different instruments, why?

When I see an instrument lying around , I pick up the notes it will give to me.

Gregoire Garrigues present at the interview : “Gilbert's approach is instinctive, with his inspiration he will always find something to play”

You now play with the Cool Feedback how did this happen?

I saw them rehearse in a confined space, the drummer and the trumpet player were great, they asked me to join, it happened quite naturally, really.

One last question : what music would you give to a child to make him discover music?

Not an easy question for an old child like... Erik Satie's Gymnopedias couldn't harm, in any way he will be sure he already heard them and he will in the future.